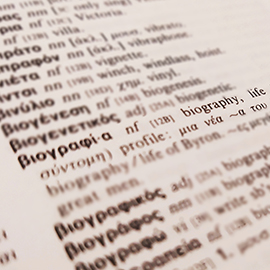 Yiorgo Moutsiaras is the principal conductor and artistic director of the Music Association of Bussum (Toonkunst Bussum) (The Netherlands) both for its choir and symphonic orchestra, for the past four years already. He is also founder and artistic director of the chamber orchestra Nederlands Camerata. He holds a Master of Music Diploma and has been awarded with “Orchestra Favorite” Award. He has diverted the favourable critics of the famous conductor Kurt Masur…

…in Germany, during the 1st Detmold Summer Academy.

The well-known baroque experts, the German Helmut Rilling and the Japanese Masaaki Suzuki offered their flattering comments for his Bach interpretations during the “6. Stuttgarter Bachwoche” in Stuttgart (Germany). He also had the opportunity to work close with maestro Bernard Haitink in Lucerne (Switzerland).

Yiorgo is also conductor and artistic director of the Greek Choir Filomila Amsterdam since 2009 and of the Wladimir Consort children string orchestra of Bussum. He has served as principal conductor and artistic director at Orchestra of Utrecht, Philharmonic Orchestra of ‘s-Hertogenbosch, String Orchestra “De Haagse Beek” of The Hague as well as of the Laurentius Choir Oudorp/Alkmaar and the choir “For Him Only” Rotterdam. Back in Greece he used to be the conductor of the Volos’s Choir (Voliotiki Chorodia), of the Bankworkers’s Union of Magnesia Mixed Choir and of the Youth Choir of the Music School of Magnesia.

Conductor Yiorgo Moutsiaras has given many successful concerts in Belgium, Germany, Greece, Italy, France, Spain, The USA and The Netherlands, conducting his ensembles as well as the National Symphony Orchestra of the Greek Broadcasting Corporation, the Bach Collegium Stuttgart, the Nederlands Promenade Orkest, the Rotterdam Young Philharmonic, the Filharmonica de Cambra de Catalunya, the Orchestra of the Greek National Opera, the Viotta Youth Orchestra of the Hague, the the Rotterdam Conservatory Orchestra, the Utrechts Blazers Ensemble, the Gruppo Montebello, the Amsterdams Jong Excelsior and the Ihos ensemble, Kaos ensemble, Anemos wind ensemble and several other music ensembles. He has been assistant conductor in Greece and in The Netherlands for several symphonic and operatic productions. He has conducted during the “1e Rotterdamse Muziek Biennale” and he has participated actively in “Thessaloniki 1997” and “Rotterdam 2001”, cultural capitals of Europe making world premières of contemporary compositions. Among them are two guitar concertos from distinguished Greek composers, Theodore Antoniou and Manolis Androulidakis.

He has worked together with well-known Dutch artists like Emmy Verhey, Rosanne Philippens, Emmy Storms, Lisa Jacobs, Hans Eisackers and has conducted in prestigious concert halls like the Concertgebouw Amsterdam and the Royal Conservatory of Brussels.

The repertoire Yiorgo Moutsiaras conducts, expands from orchestral to choral, from 16th to 21st century’s compositions in all fields such as symphonic, opera, ballet and oratorio, music for theatre and music for children, sacred and secular. He specialises at classical period’s sacred repertoire, which combines choir and orchestra.

Born in Volos (Greece), Yiorgo Moutsiaras graduated from the Music School of Magnesia, the National Conservatory and the Lyceum there, having obtained diplomas for piano, harmony of music, counterpoint and fugue, all with distinction. After serving twenty months as airman for the Greek Air Force, he continued his studies in The Netherlands at CODARTS University of the Arts in Rotterdam, the Maastricht Academy of Music and for his postgraduate studies at the LUCA School of Arts – Lemmens Campus in Leuven (Belgium). He obtained two Bachelor of Music Diplomas and a Master of Music Diploma with specialisation in orchestral conducting. He studied among others with Jan Stulen and Edmond Saveniers. He has also attended several music seminars with B. Haitink, K. Masur, E. de Waart, H. Rilling, M. Suzuki, D. Renzetti, G. Hadjinikos, J. Panula, A. Kondogeorgiou, A. Vujic, J.Hempel, E. van Tiel and A. van Beek. He has also studied choir conducting, composition, classical singing, bassoon and cello as side subjects. While a student at the Lemmensinstituut, won the “Orchestra Favourite” Award at the 6th V. Jordania International Conducting Competition in the United States of America.

Yiorgo is married and lives in Hilversum (The Netherlands), the Dutch city of the media, located between Amsterdam and Utrecht. At his free time he visits concerts, watches films at local cinemas, photographs, does yoga and dances Latin dances. Among his various interests are tennis, Greek Mythology and names, theatre and cycling.

We use cookies to personalise content, to provide social media features and to analyse our traffic. We also share information about your use of our site with analytics partners who may combine it with other information that you have provided to them or that they have collected from your use of their services.

You can find out more about which cookies we are using or switch them off in settings.

This website uses cookies so that we can provide you with the best user experience possible. Cookie information is stored in your browser and performs functions such as recognising you when you return to our website and helping our team to understand which sections of the website you find most interesting and useful.

If you disable this cookie, we will not be able to save your preferences. This means that every time you visit this website you will need to enable or disable cookies again.

This website uses Google Analytics to collect anonymous information such as the number of visitors to the site, and the most popular pages. These cookies collect information that is used either in aggregate form to help us understand how our website is being used or how effective our marketing campaigns are, or to help us customize our website for you.

Please enable Strictly Necessary Cookies first so that we can save your preferences!